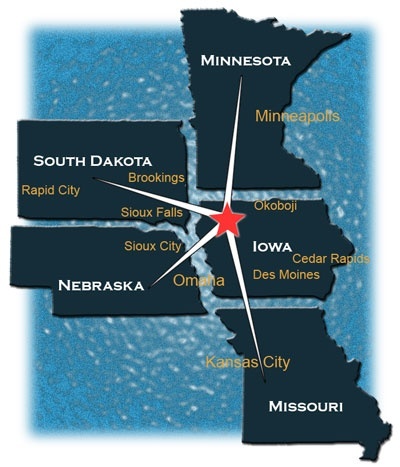 Surrounding Sibley are many family farms, which provide products and the work ethic typical of our community. Northwest Iowa's fertile soil is a unique resource, which provides the economic base for the area.

Transportation by rail, air and highways provide easy access to major Midwest markets for both agricultural and manufactured products.

For many years this area of Iowa was considered unfarmable because of the lack of trees. However, when the railroad decided to lay track between Sioux City and Minneapolis settlers came and discovered the rich soil.